Working together to improve the Green-Duwamish River

With funding from the King County Flood Control District, EarthCorps crews restored 20,000 square feet of a riparian buffer along the Green – Duwamish River.

What is a riparian buffer, and what does it do?

A riparian buffer is a fancy term to describe the land along a river. Healthy riparian buffers have a mix of native trees and plants that help keep pollution and dirt out of the river. They provide shade that keeps the water cool.

When rainwater hits the ground, it is tugged by gravity to take the path of least resistance. Sometimes this means flowing down a hill directly into a body of water. Depending where the water lands, it often picks up tiny particles of fertilizer, pet waste, oil, and grit. This water is called runoff.

Healthy riparian buffers prevent the dirty rainwater runoff from going directly into rivers and streams by stopping the water in its tracks.

Think about it: when the water is trickling down towards a stream, it will be physically blocked by the trees and plants that stand in its way. The soil in a healthy riparian buffer will absorb the water, and the organisms living in the soil will break down the pollutants. Then the filtered water will be released into the stream.

That’s not all! In a healthy riparian buffer, the roots of the plants keep the wet soil in place. When a heavy storm comes and there is a lot of water, the roots will anchor the soil so the water does not erode it into the river.

The benefits of healthy riparian buffers go beyond rainstorms.

Healthy riparian buffers have a mix of native plants. In the Puget Sound region, this means there may be tall trees with deep roots like Douglas firs and western red cedars. They have shorter leafy trees and bushes such as vine maples and ocean spray. And they have lots of smaller plants like sword ferns, Oregon grape, and snowberry plants.

The leafy covers provide a home for the insects and bugs that salmon eat while on their journey. Tree branches and whole trees sometimes fall into the river.  This creates pools and riffles in the water which support the much needed diversity of living organisms in the water.  So many benefits! 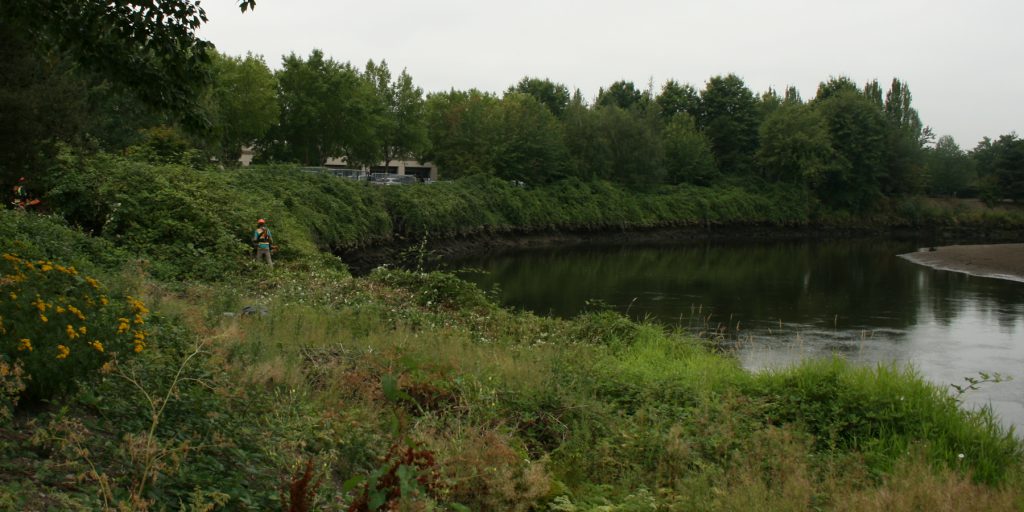 The King County Flood Control District and other partners have invested in restoring riparian buffers along the Green-Duwamish River.

EarthCorps received King County Flood Control District funding to restore a section of riparian buffer along the Green-Duwamish river in Tukwila along the Green-River Trail, across the river from Codiga Park.

The 20,000 square foot area was overgrown with so much Himalayan blackberry that it was turning into a monoculture where no other plants could grow. The blackberry was so dense that in blocked out sunlight that other plants and trees needed to grow. The dense monoculture couldn’t support the diversity of birds and small mammals that used to call it home, and it blocked access to the river for larger mammals that once depended on the water.

Blackberry does not have deep stabilizing roots like many of native trees and plants. This means heavy rains cause mud on the hillside to slide into the river. And blackberry bushes don’t provide adequate shade for the river. Salmon were suffering. 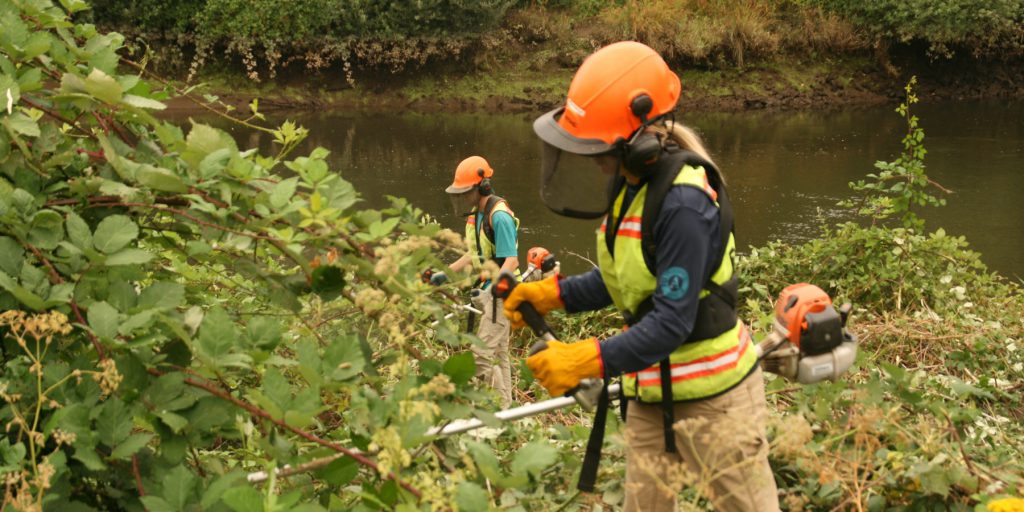 Over two years, EarthCorps crews of AmeriCorps and international trainees removed all the blackberry and protected the slope from erosion using wood straw and straw logs. They planted more than 1,000 native trees, bushes, and installed “live stakes” – sticks of willow and dogwood that will sprout roots and grow into large bushes.

The newly restored riparian buffer is healthy and providing needed benefits to the Green-Duwamish River. 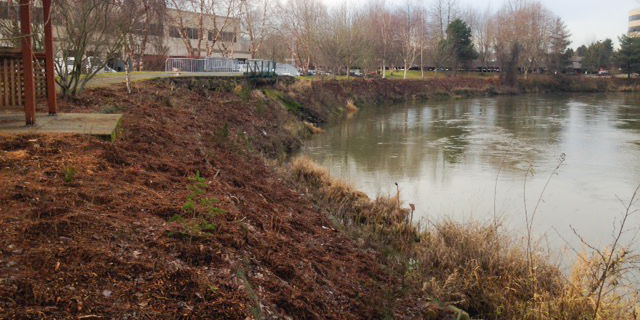 You can help too.

Sign up to volunteer at one of our many restoration events along the Duwamish River. 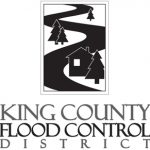