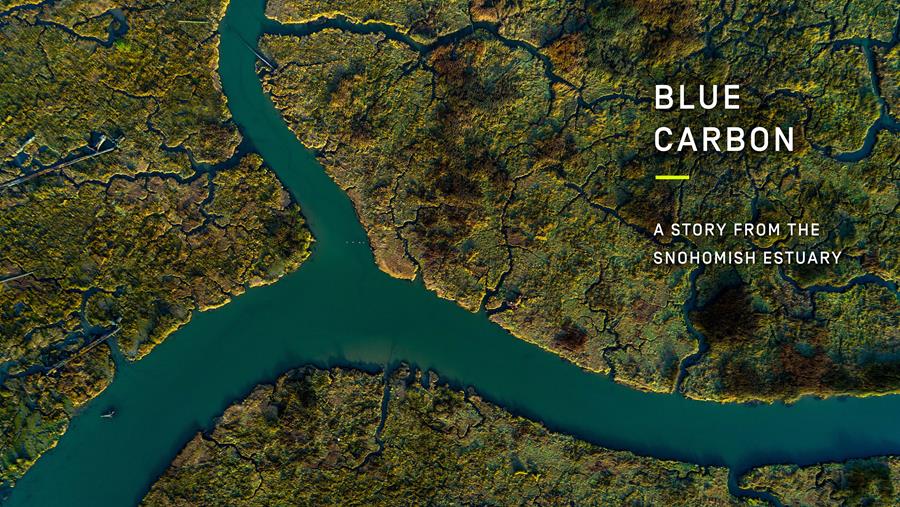 We’re trying to play it cool, but this is REALLY big!

Here is the back story: EarthCorps teamed up with Restore America’s Estuaries (RAE) to study the rate at which coastal wetlands, estuaries, and tidal marshes sequester carbon. We studied how saltwater grasses and other marsh plants take carbon out of the air, and end up burying it in the ground where it can be stored for thousands of years. EarthCorps’ ecologist, Nelson Salisbury, helped gather soil samples and predict restoration outcomes.

As part of the project, EarthCorps created a visually stunning film called Blue Carbon that highlights the importance of coastal wetlands and how they store carbon in the ground at a rate up to 10x faster than a mature forest.

The goal of the Blue Carbon film was to share the study’s findings with key decision makers so that they can create policy to protect and restore our wetlands.

This morning, Senator Cory Booker from New Jersey proposed the Climate Stewardship Act. In background information about Coastal and Estuary Resilience, he cites facts from our work! Senator Booker’s staff learned these statistics from the Blue Carbon film that EarthCorps and RAE shared with them earlier this year.

EarthCorps is excited that our Blue Carbon film is making an impression (you may have seen it at a film festival this year, including the Wild and Scenic Film Festival tour where it was played in 30+ cities). But we are even more excited that the Climate Stewardship Act is proposed!

The Act creates a Coastal and Estuary Resilience Grant Program to provide funding to states, tribes, local governments, and nonprofits in order to restore 1.5 million acres of wetlands over ten years. This is a huge step to combat climate change by reducing the impact of greenhouse gases in our atmosphere!

If you haven’t yet, watch our Blue Carbon film and help share excitement for the Climate Stewardship Act. In the film, you will see EarthCorps crews working to restore the Snohomish Estuary in Everett, Washington. EarthCorps was not only part of this landmark research, but we are also doing the hard work to restore our local Puget Sound wetlands.