I went to college in Salem, Oregon and studied anthropology and biology. I graduated fairly directionless, as I think a lot of college students do, because I studied something that I enjoyed but didn’t necessarily want to pursue. It seemed pretty obvious to me that the challenges facing the environment were the most pressing issues that we face as a world. So, I went to Arizona to work for the American Conservation Experience, which is a conservation corps in Flagstaff . That was a really life changing experience for me. I had never been backpacking before, and I had never slept in a tent by myself.

Arizona is such a cool, wildly different place than the Pacific Northwest. The whole experience was really formative, and definitely provided this kind of intensive grounding in nature that I had never experienced before.

While I was in Arizona I had a Crew Leader who told me about the Appalachian Trail and it didn’t take long before I had the thruhiking bug. After hiking the Appalachian Trail in 2013, I returned to Washington and decided to apply to EarthCorps to work as a crew leader, and they hired me. EarthCorps really pushed me in new ways and gave me a lot of language to describe the experiences I had on the AT. EarthCorps really gave me a structure and system in terms of propelling myself forwards as a leader and on a personal level.

For example, EarthCorps uses the idea of a growing edge. This is a really powerful idea: we all have this little edge, this little bubble. Inside the bubble is everything that we’re really comfortable with, but right outside are the things that are scary for us or that we don’t want to tackle – and by taking on something that’s scary and reaching outside your bubble, you grow that edge. My position as a crew leader was really useful for challenging myself with different leadership styles, but this concept continued to be really powerful for me after my crew leader experience was over. I was working at a restaurant again, and I was not very challenged. I felt like I was back to square one. I thought: I’m in this situation, I don’t know what’s next, but because of EarthCorps I know that I choose what challenges me, and it doesn’t have to be my job. So I chose to take a mountaineering course. The whole idea of it was scary. But I went for it, and a lot of that was thanks to EarthCorps.

I would not have done that if I didn’t have the idea of trying to push my growing edge one experience at a time with the hope that eventually things hard things will become more comfortable. It was a powerful lived example of how well that concept works and if you really embrace that in your life how much you can grow and push yourself to new extremes. EarthCorps gave that to me. 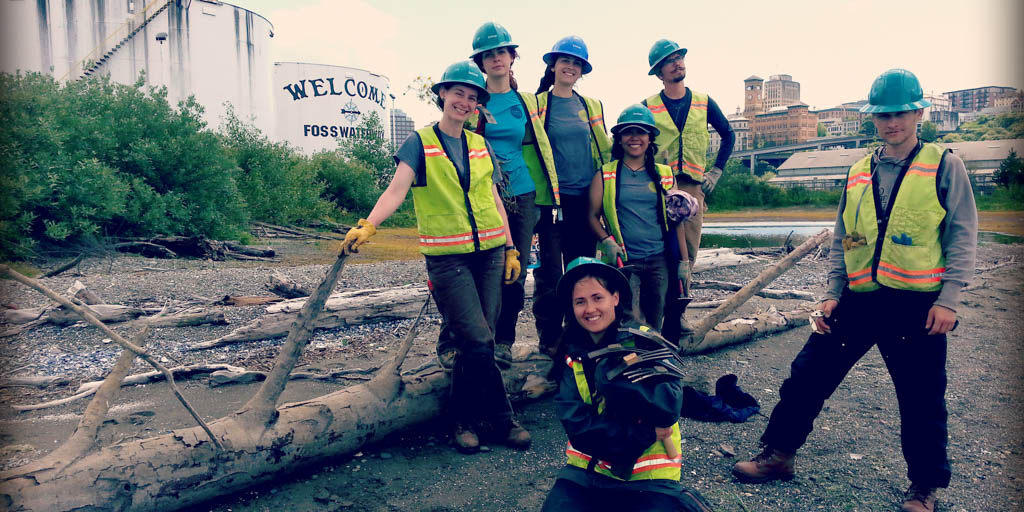 How was the American Conservation Corps different and similar
to EarthCorps? What do you think EarthCorps offers that’s really
unique?

A lot of things. EarthCorps is intentional in the way that it makes decisions and in the way that it grows. ACE was a really amazing place for me in a lot of ways but it was really a fly-by-the-seat-of-your-pants experience. They were a young organization and I was put in a lot of situations that were way outside my comfort zone. ACE asked me to put all of my fears aside, just learn as you go, and sink or swim.

EarthCorps is different. EarthCorps is a lot more community oriented and tries to bring everyone along together. They focus on growth and leadership and provide a lot of space for reflection. It’s built into the program, where they take days that they could be working to do workshops and to educate, which I think is really special. So it’s not only that the American Conservation Experience didn’t do it, it’s that I don’t know of a lot of other organizations or corps that do. I had amazing experiences at both, but EarthCorps has a very special place in my heart.

Can you describe a specific moment or story when you were pushing
your ‘growth edge’ during your year at EarthCorps?

So, we had a project up by Mount Baker on Puget Sound Energy land. We had a lot to do in a certain amount of time, and it was a very physically and emotionally challenging project. About eight days in, I still could not figure out how to motivate my crew. I was pretty tense and upset with everybody the whole time, because we all needed to be working as hard as we possibly could. To me it felt like I was working by butt off and modeling the way and no one else seemed to be picking up what I was putting down. It made me feel very stressed, but I couldn’t figure out how to motivate them in a way that would be effective.

I left that week thinking, “I did not do a good job. I didn’t motivate them correctly and got angry and frustrated. What can I do better?” I did quite a bit of reflection, and ultimately what it came down to was realizing what I had not done. I had not talked to my crew and leveled with them. I hadn’t made it a ‘we’ thing, I had made it an ‘I’ thing. In our weekly crew meeting, I came clean with them and said something along the lines of, “I had a really terrible week last week, how can I do better in the future? How could I have helped you guys?” And as a group we brainstormed some really great ideas and that was a huge growth moment for me. I realized I can ask other members of the team for help. As a leader, I don’t need to be the one with all the answers. When I was at ACE, I was always trying to be the one in charge. I often felt a pressure to earn respect because I was a woman, and I definitely got it into my head that I needed to have this very controlling form of leadership in order to gain any respect. That was one of these moments at EarthCorps where I realized that I can ask everybody else to take part in these decisions and the process.

“I wouldn’t have
been the one to
lift a thousand
stones in the
day, I would’ve
come up with
some system for
it.”

Would you speak further about being a woman in a masculine
space?

Absolutely. Another example of when I worked in a masculine space was when I worked at Mount Rainier National Park. There was this pervasive culture of masculinity although it was completely devoid of blatant sexism. Instead there was all this storytelling about men who had done all this crazy reckless stuff. To my coworkers, they seemed like these fantastical stories about these guys who were legends in the park for doing all this wild stuff back in the day. For me it was alienating. I would catch myself thinking, “Oh, that’s not my style. I don’t like taking risks, I’m safety first all the time, and I don’t like to muscle through things. Do I even belong here?” Every story that they told directly demeaned what I brought to the table. I came to the conclusion that they would never tell stories about me because I’m careful, plodding, and work through problems. I wouldn’t have been the one to lift a thousand stones in the day, I would’ve come up with some system for it. When I was there, thinking about whether I wanted to go back, my answer was always ‘No’ because I was thought, “I don’t want to work in this environment, I want to go to a place like EarthCorps where they really care about our feelings and we get to talk about those things openly, and empathy is important.” I feel like what EarthCorps looks for in leaders are people who can create community and be approachable, and it’s such a different skill set than the leadership I experienced at in the Park Service. Realizing why I didn’t want to go back was a pretty big “a-ha” moment for me. That’s something that I think is so special about EarthCorps; it empowers really different styles of leadership. 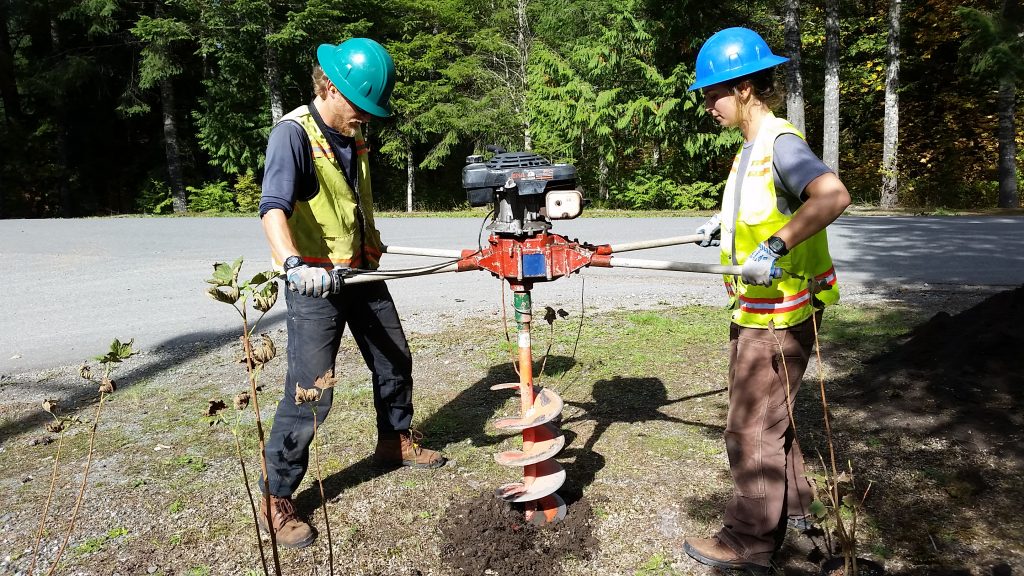